The Machinery of Life 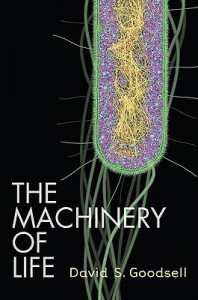 My friend James and I had the two cutest girls in the class as lab partners. I can't remember their names, but they were both pretty gorgeous. I ended up in that lab group mostly because of James' charm and good looks. I was not particularly charming. I can prove it:

James and I hung out a fair amount. We had fun. You know, teenagers. So when it came time in our biology class to dissect pig fetuses, we had a good time with it. James made the incision and we had fun moving the pig into different . . . positions. One thing led to another and after a while we had the sliced-open pig dancing to Hello My Baby.

Problem is, its guts didn't want to stay inside.

And we had very slick formica tabletops.

So all kinds of innards spilled out during the chorus and splayed out across and off the tabletop, right into the laps of the girls in our lab group. They were not impressed.

Our teacher, who, it was rumored, was a cocaine addict (though no one could substantiate the claim), turned toward our table and shouted "James! Forrest! Get the hell out!"

So we did. We left the classroom and wandered the halls. I mean, it was kind of like permission, wasn't it?

The next day, we walked into the classroom and no sooner had we crossed the threshold than the teacher pointed at us and simply said "out"!

After a couple of days of this, he figured out that we were just wandering the halls, so for the rest of the semester, we were sent across the hall to spend time in another teacher's empty classroom. BIG mistake! We learned about science, alright. Like how many bags of gummy bears, stolen from the teacher's desk, did it take to fill up two teenage boys. Or whether the buoyancy of balloons on a windy day was enough to keep a teacher's metal in-basket aloft over the schoolyard (it wasn't). Or how many different topological forms could stacked desk chairs take.

The teacher passed us with a "D" so that he wouldn't have to have us in class again.

The joke was on him. I moved to England as soon as the school year was done. I later ran into James in England - he had moved there (to a different air base) a few months after I had gone. There was no chance that teacher would have ever had us as students again.

Fast forward to today. My middle son is studying microbiology at the University of Wisconsin - Madison. He wants to go to medical school and become a doctor. And I, because of my mis-spent youth, am playing catch up. I've always loved science, just sort of missed out on the whole formal training aspect of it (until I got to college). Now, I'm diving in. Heck, the only magazine subscription I have is to Discover Magazine.

So I heard and read a bit about this book and I must say that it's outstanding. Yes, it could use a little bit more depth, but it's a primer, really, a layman's introduction to cells and how they work on the molecular level. Very cool stuff. Some very scary stuff. HIV, for instance, is brutal on the molecular level, snipping out strands of a cells RNA and replacing them with its own, making itself virtually undetectable by the body's defense mechanisms. It's nasty stuff. I learned a lot about how cells work, particularly those in the human body. Did you know that the reason rigor mortis sets in is that the body, upon death, releases calcium from each muscle cell, which causes the muscles to contract. Normally, the living cells would almost instantaneously reabsorb the calcium, causing the muscles to relax, but the reabsorbing mechanism is shut off upon death. The calcium eventually reabsorbs and the body does relax, but only after a while. Or did you realize that the reason spicy foods are used as a sort of folk remedy for colds is because rhinovirus (i.e., the common cold) resides most comfortably in the mouth and nose, where there is not much acidity. Many spicy foods are highly acidic, which breaks down the cell walls of the rhinovirus, exposing its guts to the world, much like my experimental pig.

The illustrations are extremely helpful for me, a visual learner. Now, since I've "seen" how cells work, I can get on with some more specific studies and add some scientific rigor to my studies. Someday, I'd like to take a shot at some DIY biology.

And, in case you're wondering, James and I lost contact a long time ago, but I did find this little bio about him a couple of years ago. Seems he was someone very important on the USS New Orleans, a ship capable of delivering a battalion of 700 fully-armed marines into battle in short order.

If that doesn't scare you, nothing will.